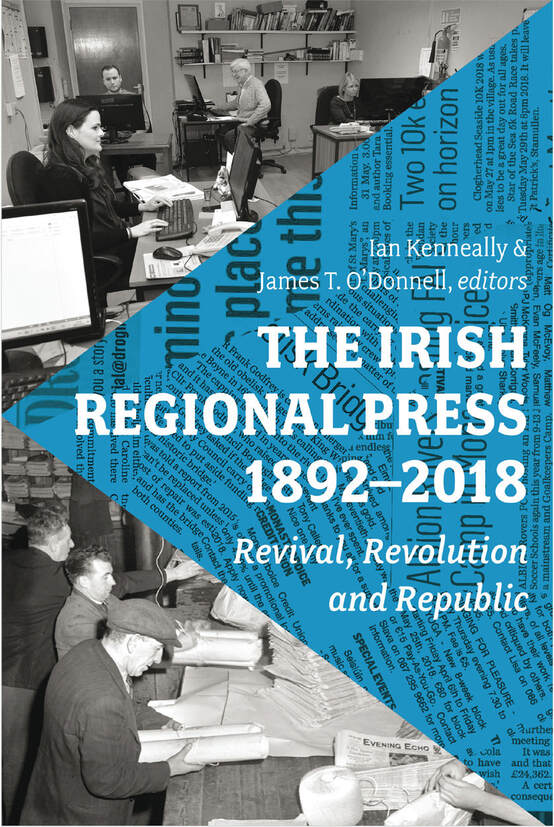 From the fall of Parnell to the rise and fall of the Celtic Tiger, regional newspapers have documented the story of Ireland. In this book, historians and journalists describe the newspapers, editors and personalities that have made the local press such a vital part of social and political life throughout the island.

-Journalism and the local newspaper industry in Sligo, 1899–1922
Mark Wehrly

-The emergence of the Irish provincial press before independence
Christopher Doughan

-The response to Redmond's call to war in 1914, as reported in the regional press
Elaine Callinan

RTÉ's Drivetime show broadcast a brief review of The Irish Regional Press, 1892-2018. It can be heard here.

'For anyone interested in the history of the Irish media, this essay collection provides a valuable survey and analysis of the regional press ... Of the book's two sections, the first provides local case studies, while the second considers such themes as nationalism, the Irish language, censorship and the coverage of foreign news', Brian Maye, Irish Times (September 2018).

'A valuable addition to growing body of work on Irish media ... with a substantial foreword by John Horgan, a pioneer of media studies in Ireland ... this volume documents the role of the regional press not only in politics but also in fostering sport and Irish language revival – as a training ground for journalists who went on to stellar careers in national newspapers and with RTÉ', Felix M. Larkin, Irish Catholic (July 2018).

Return to Other Projects