Periodicals and Journalism in Twentieth-Century Ireland 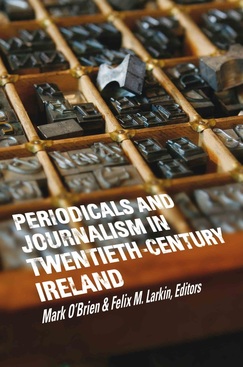 Periodicals have been at the core of journalistic activity since before the foundation of the state, but have remained an area long neglected within media history. This book examines the origins, contribution and impact of the major news periodicals of 20th-century Ireland. The chapters survey the proprietors, editors, contributors, journalism, controversies and, in most cases, the demise of the most influential news journals of the period. They also evaluate the periodicals’ long-term contributions to Irish journalism, society and culture.

Return to Other Writing