Just before dark a very beautiful and lofty peak appeared to the Southwards.
Our drivers called it Chomo Uri (The Goddess of the Turquoise Peak) and we had many discussions as to what mountain this was. In the morning, after taking its bearings carefully,
we decided that this could be no other than Mount Everest.

​We found out afterwards that the name, Chomo Uri,
was purely a local name for the mountain. Throughout Tibet it was known as
Chomolungma — Goddess Mother of the Country — and this is its proper Tibetan name. 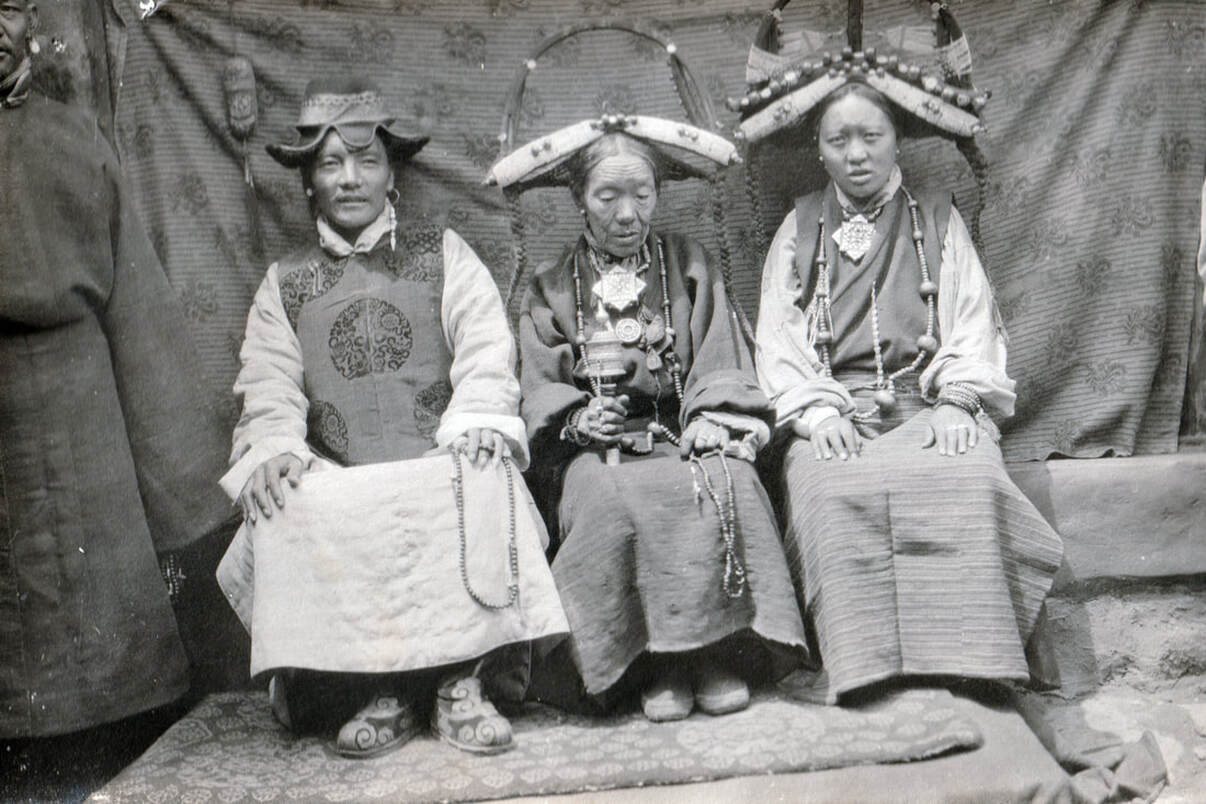 ​The Depon [commander/governor] of Tingri Region, his Wife and her Mother. Howard-Bury later described the circumstances behind this photo: 'The Depon here, who was acting as the Governor of the place, was a nice young fellow and very cheery, and later on I got to know him very well and went over to his house and was entertained by him and his wife. He told me that the Tibetans still paid tribute to Nepal for all that part of the country, and that the amount they had to pay was the equivalent of 5,000 rupees per annum. The Nepalese kept a head-man at Tingri and another at Nyenyam to deal with all criminal cases and offences committed by Nepalese subjects when in Tibet. I found later on that the Tibetans were very frightened of the Nepalese, or of having any dealings with a Gurkha. I took photographs of the Depon's wife and all their children, and of his mother-in-law, which delighted them immensely; the wife at first was very shy of coming forward, but after many tears and protestations her husband finally induced her to be photographed... The officials, as a rule, have a long ear-ring, 4 or 5 inches long, of turquoises and pearls, suspended from the left ear, while in the right ear they wear a single turquoise of very good quality. Nearly every one carries a rosary, with which their hands are playing about the whole day.' (Westmeath Library Services: Howard-Bury Collection)