The Irish Civil War in the Midlands 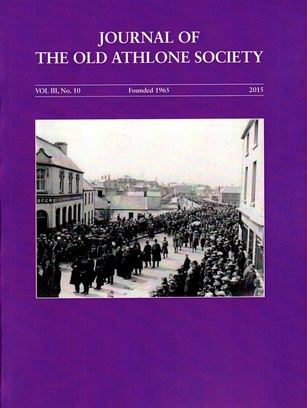 On 23 November 2013 Custume Barracks, Athlone, hosted the Old Athlone Society's conference on 'The Irish Civil War in the Midlands'.

John Regan provided the keynote address while other speakers included John Borgonovo, Ann Mathews, Bill Kissane, John Burke, Patrick Murray, and Gavin Foster. I spoke about the media, censorship, and propaganda, as well some local aspects of the war including the controversy surrounding the fatal shooting of George Adamson. The society published a special edition of the journal in November 2015.

My chapter consists of two parts. In the first section, I will give some thoughts on the newspaper press in Ireland before and during the Civil War and contemporary attitudes to the role and importance of newspapers in society. During the conflict that followed the Treaty split the opposing sides attempted to enlist the support of the press, intimidate the press, or otherwise control the press. In so doing, they were acting within a belief system, both within Ireland and internationally, that judged the press to be the most powerful influence on public opinion. In the second part of the paper, I examine some incidents from the Civil War in Westmeath that still evoke controversy to this day: the shooting of Brigadier-General George Adamson; the shooting of Patrick Mulrennan in Custume barracks; and the Provisional Government’s policy of executions, including the executions in Athlone and Mullingar. We also examine those incidents in the context of the censorship and propaganda schemes that were in operation at the time.
Return to Other Writing