The journey from regional technical college to technological university 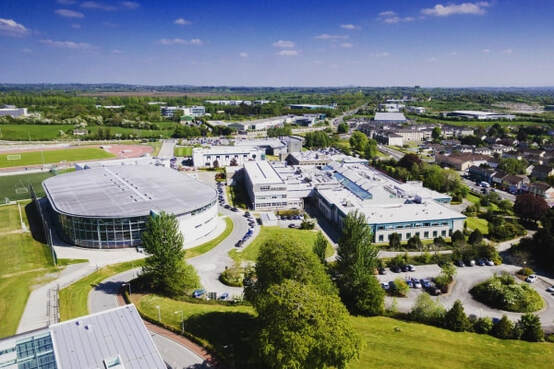 Athlone Institute of Technology opened its doors for the first time in 1970 as a Regional Technical College, an event which will be marked in 2021 with a publication devoted to the history and development of AIT during its first fifty years. Regional Technical Colleges, such as Athlone’s, were established by the Irish government to ‘fill gaps in the industrial manpower structure, particularly in the technician area’. The College, however, would expand beyond these boundaries during its subsequent decades. Initially, it was under the management of Westmeath’s Vocational Education Committee with Dr David Fenton as Director. The College became an autonomous institution in 1993 and in 1998 was designated the Athlone Institute of Technology.

The publication charts the creation of the regional college system during the 1960s, explaining the roles played by figures such as Patrick Hillery and Donogh O'Malley and organisations such as the  OECD, the Department of Education and the Vocational Educational Committees. Athlone's new regional college had an uncertain beginning, encountering widespread local apathy. However, Dr David Fenton, RTC Athlone's first principal - later director - was instrumental in changing local attitudes and in ensuring that the college became an important and respected component of the region's economy and society. During the 1970s, the college specialised in areas such as plastics, becoming a national leader in that field. The publication charts the expansion of the college during that decade and during the 1980s, a period in which the RTCs experienced an ever-expanding number of students and increasingly close ties with industry and commerce.

To cater for the increasing number of students, the Institute remodelled and enlarged its original 1970 campus, providing new purpose-built buildings for sport and recreation, hospitality studies, the Midland Innovation and Research Centre, nursing and healthcare, and engineering and informatics. In 2013, to widespread acclaim, the Institute opened the AIT International Arena, containing Ireland’s first international-standard indoor track. The International Arena, which can house 2,000 spectators, is the most widely known addition in a comprehensive programme of investment in AIT, which has exceeded €150 million since the start of the millennium. This investment was overseen by the Institute’s current director - later President - Professor Ciarán Ó Catháin. The publication places those events in the context of the legislative changes that took place during the late 1990s and 2000s - a transformational period in Irish third-level education.

The Institute has continued to expand both the range of courses it offers and the services it provides to students, industry and the wider education sector. These achievements were recognised in 2018, when AIT was named Institute of Technology of the Year by The Sunday Times in its Good University Guide. The expansion and success of the Institute is also reflected in its increasingly international campus, which welcomes students from over 60 countries.